Despite the advancement in automotive technology, there is still a long way to go before Automated Driving Systems (ADS) can handle the entire task of driving when we can’t or don’t want to drive ourselves. According to the market database, the future will see fully automated vehicles that will not require manual control.

Many new motor vehicles have safety systems that assist drivers to steer clear of drifting into adjacent lanes or making unsafe lane changes. These systems warn them of other motorists behind them when backing up. Features such as automatic brake, warn the driver when a vehicle ahead stops suddenly. Safety technologies use a combination of hardware (sensors, radar, and cameras) and software to help the driver detect certain safety risks and warn the driver to avoid a crash.

A series of long-sought safety measures in the U.S will eventually require new cars to have the technology to detect drunk drivers and prevent children from accidentally being left in cars on hot days. As part of the law, new cars must have automatic emergency braking and crash avoidance systems. The semi-trailer trucks must have rear guards to prevent cars from being crushed in rear-end collisions.

According to the market database, it is possible to prevent accidents altogether or, at the very least, actively reduce their impact using active safety technology. For this, various safety systems continuously monitor the performance and environment of a vehicle. In dangerous situations, these systems give the driver more control. In other words, active safety systems prevent or mitigate an accident before it happens. They are also called ‘primary’ safety features. Head-Up Display, Electronic Stability Control, Anti-Lock Braking Systems, Lane Departure Warning System, Tire Pressure Monitoring System, Adaptive Cruise Control, Blind Spot Detection, Night Vision System, and Driver Monitoring System are some of the active safety features in a vehicle.

According to the market database, the passive safety feature does not function until it is triggered. At the time of impact, these features are activated and work to limit damage and reduce the risk of injury. The three systems are seat belts, airbags, and the construction of the vehicle. When the car is involved in a collision, these devices automatically deploy.

Actnano Inc., a global leader in nanocoating for automotive and consumer electronics, has released Titan, a revolutionary new coating unlike any other available in the industry today. While maintaining stability over a wide range of operation temperatures, Titan provides maximum protection against harsh environmental conditions, such as water, condensation, salt, and humidity. With the ever-increasing use of Advanced Driver Assistance Systems (ADAS) on vehicles and the drive toward fully autonomous driving, this is a critical safety issue.

Market database states that its unique feature protects the electronics and enables tunnel-through electrical conductivity at connection points after application. Unlike traditional conformal coatings, it can be applied to connectors, antennas, and underneath large processors. This method eliminates the need for masks and keep-out areas, saving customers valuable time and money.

As an added benefit, it offers multiple benefits to the environment. It uses sustainable materials for manufacture and production. Hence it does not contain any harmful fluorine or halogen compounds that are prevalent in automotive coatings.

Within the next two years, Lexus plans to revamp its model lineup and add brand new nameplates. There will be three electric models available in the United States by 2025. The long-running models won’t be phased out but instead, be replaced. By 2025, Toyota will introduce a new generation of its luxury SUV, the RX model. The hybrid powertrain will enhance the brand’s best-selling crossover in the U.S, which rides on Toyota’s global luxury platform. It will have the new Lexus Interface infotainment system, along with many new safety and assistance features.

Lexus LX model is also anticipated to arrive soon, sharing many components with the new Toyota Land Cruiser. There will be a focus on improving ride quality and expanding the range of available safety systems. In addition, the GX model will be significantly updated concerning optional and standard technologies. When the Lexus goes on sale in 2024, it will use hybridized powertrains developed by Toyota.

Lexus Interface, and other improvements borrowed from the NX model, are expected to be introduced on the UX model crossover in 2023. Meanwhile, next year will see the introduction of a hybrid crossover. The Automotive Safety Systems market and its 10-year business outlook can be understood using Global Market Database. 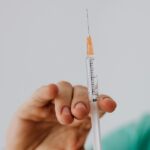 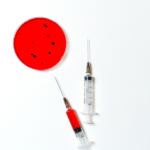