There are different gears, synchronizing sleeves, and a gear-shift mechanism built inside an outer metal housing that makes up an automotive gear Box. These gears are placed in a metal housing, usually made of aluminum or iron casting. As the gear transmits engine power to the wheels, the gearbox is part of the transmission system.

According to the market database, despite the slow decline of manual automotive gear over the past few years, the trend has spiked significantly in the last three years. In addition, a major European carmaker announced earlier this month that it would cease the production of manual gearboxes. This is part of Mercedes-Benz’s cost-cutting plan, which also includes reducing the lineup of gasoline engines. A spokesman for the company says manuals will soon disappear by 2030.

The A-Class, the GLA, and the C-Class are the only Mercedes models that offer manual transmissions today. The new-generation C-Class should drop the manual option entirely next year. For many enthusiasts, manual automotive gear provides a physical connection between the driver and the car.

According to the market database, A-C automatic gearboxes offer better fuel economy than conventional torque converters. They are also cheaper to manufacture. These gearboxes give drivers precise control and are now displacing manuals, due to their ease of use and easy-to-learn technology. The Society of Motor Manufacturers and Traders reports the United Kingdom automatic car sales in 2020 accounted for 54% of all sales, breaking the 50% barrier for the first time. The sales accounted for 49 percent of sales in 2019, up from 43 percent in 2018.

Rodin Cars, a manufacturer of track cars based in New Zealand, has partnered with 3D Systems to manufacture metal additively manufactured parts for its soon-to-be-released hypercar, the Rodin F-Zero.

Designed and built by Rodin Cars, its high-performance single-seat, open-wheel models are faster than traditional Formula 1 racing cars. There is a first-of-its-kind 8-speed sequential gearbox with a hydraulically controlled differential among the hundreds of metal Additive Manufacturing (AM) parts Rodin Cars manufactures for the Rodin F-Zero. To produce this completely custom component, Additive Manufacturing was used in collaboration with the two companies.

According to the market database, traditional manufacturing processes would manufacture a gearbox from magnesium or billet material. Producing such a component would be slow, heavy, brittle, and impracticable for tracks. The company wanted to make this design into true innovation, the ultimate component produced from additively manufactured titanium that is light, compact, reliable, and durable.

In 2019, Rodin FZed’s gearbox was manufactured by Ricardo, a UK-based engineering company. It was Rodin Cars’ first high-performance track car. For the new Rodin F-Zero, the company imagined a brand new gearbox with specific gear ratios and a titanium differential to enhance the reputation of this high-performance vehicle.

The global leader in eDrive technologies, GKN Automotive is the architect of a more electrified future. Equipped with expertise, innovation, and a global footprint, the company can address eDrive technologies competitively and at scale. In 2019, it announced an expansion of its eDrive manufacturing operation in Bruneck, Italy. This was due to the increasing demand from new and existing Original Equipment Manufacturer (OEM) customers for systems to power electric and hybrid vehicles. As a result of the development, GKN Driveline enlarged its production of all-wheel drive technologies, such as electronic torque management systems.

Market database states that the company designs and manufactures automotive driveline components and systems, including Constant-Velocity Joint (CVJ) systems, all-wheel-drive systems, transaxle systems, and eDrive systems. This is one of four business units of the British engineering group GKN plc. In collaboration with electric and hybrid automakers, eDrive’s eAxles and eTransmissions convert the electric motor output into torque to power vehicles. Since 2002, GKN has designed and produced these products for BMW, Volvo, and Porsche.

Bruneck’s output includes the coaxial eAxle found in several Volvo plug-in hybrids, a two-speed eAxle for the BMW i8, and all-wheel drive systems, such as GKN Electronic Torque Management. According to GKN Driveline, 10 eDrive programs would be composed and rendered by the extended Bruneck operation. Other driveline products will be manufactured at other sites in Europe. GKN also produces eDrive systems in Japan. The Automotive Gear market and its 10-year business outlook can be understood using Global Market Database. 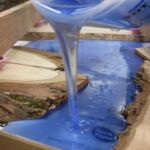 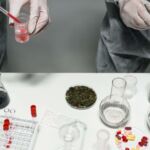