The Australian agricultural sector serves as a major segment within the country’s economy and accounts for roughly 3% of GDP contribution. The raw and unprocessed agricultural commodities produced within Australia contribute to a major share of the country’s export trade. As of 2016, the segment contributed to 2.2% direct employment amongst the Australian demographics. Between the years 2011-2016, direct employment has increased to a value of roughly 4.1%.

According to the market database, the agricultural domain and its value chain cumulatively account for 12% of the GDP contribution as of 2019. Farmers and grazers own roughly 135,997 farms which hold 61% of the Australian landmass. A maximum percentage of Australian land is aired in nature.

The government and regulatory bodies are attempting to diversify the existing infrastructure of this market. One of the key factors for the growth of this market is the continued expansion of the arable land. According to the market database, Australia is also recorded as one of the largest producers and exporters of grains and wool. The grains segment is dominated by Wheat and Barley. Therefore, the export trade margins for Australia’s agricultural module are higher as compared to the country’s imports.

Since the land in Australia is predominantly dry, a mixture of farming techniques like irrigation and dry-land farming is used. According to the market database, the country has about 35 million hectares of certified organic crop farmland, this value accounts for approximately 8.8% of the overall Australian agricultural sector.

Commonwealth Science and Industrial Research Organization (CSIRO) analysis on Australia’s current landscape states that climate change due to global warming would eventually decrease the precipitation over maximum geography for Australia. This will exacerbate existing challenges to water availability and quality for agriculture.

The Australian agricultural topography can be classified into three special economic zones based on the climatic condition, these are a high rainfall zone and a narrow coastal zone, a wheat and sheep zone, and a pastoral zone. A detailed study based on the zonal mapping for Australia can be provided through customized market research reports provided by Global Market Database. Tasmania accounts for the high rainfall-coastal zone. This area is utilized mainly for dairying and beef production. The climate supports livestock-based production and trade. While the wheat and sheep area is utilized for the production of winter crops and grazing of sheep. This area also focuses on the production and processing of products like wool, lamb, mutton, and beef cattle. Consecutively, the pastoral zone can also be quantified as the low rainfall zone. The soil fertility in this zone is low compared to the other regions. Therefore, the land in this region is used for large-scale pastoral activities which include the grazing of beef cattle and sheep for wool and mutton.

The Agricultural production in Australia has expanded in the past decade. The region’s gross value of agricultural, fisheries and forestry production has increased by 7% in the past 20 years. According to free-market data procured from market research tools, the value increased from USD 62 Billion (2000-2001) to USD 67 Billion (2019-2020).

The production units based out of Australia make use of improved technologies and agricultural systems to boost the growth standards. Market database states that in terms of crop production, the long-term fall in price is ousted by the volume growth of the produce. While for the livestock-based trade, one of the key drivers is the increased demand for protein-based food substances. The change in consumer behavior and the adoption of a protein-rich diet amongst the masses is expected to support the market expansion.

About 70% of the overall Australian agricultural sector output is exported by Australia. In the past 20 years, the production value for livestock-based farming has experienced an increase of 36%. The exports for this sector have witnessed marginal growth in value by roughly 14% between the years 2000-2020. The grains and oilseeds segment witnessed a decrease in production by a value of 28%. The exports in this vertical have also faced a decrement of 17%.

On the contrary, the production of horticulture-based crops has increased by 25% and this segment’s exports have also expanded by 64%. This marginal growth is due to the inclusion of smart farming techniques employed by the crop producers within the Australian Agricultural sector.

The reflecting rise in per capita income and the surge in the population are two of the key factors that promote the growth in consumption and agricultural imports within Asia. Over the past 20 years, the exports from Australia to Asia have increased by 62% to USD 33 Billion. Exports to markets like New Zealand, the United States and have decreased in the study period. This is predominantly due to the increase in indignity amongst nations in terms of agriculture.

Market research suggests that China is the largest export market for the Australian Agriculture sector. China accounts for USD 16 Billion in the Australian agricultural export segments, i.e. forestry, fisheries, and crop as well as horticulture production. 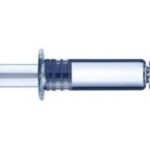