3D Hologram market has become a centre of attraction following an announcement, which depicts 3D holographic conferencing as a possibility. The word hologram is made out of two Greek words: “holos” which means “complete view,” and “gramme” which means “written.” A hologram is a three-dimensional representation of positive laser light wave interference. Wavefront reconstruction is a technical term for holography. In 1947, Dennis Gabor, a Hungarian physicist working on electron microscope development research, created the basic technology of holography. However, until the 1960s, when laser technology was perfected, the technique was not enhanced significantly. Scientists from the United States and the Soviet Union developed 3D Holographic Technology (3DHT) in 1962.

How does a 3D Hologram work?

However, 3D Holographic Technology has come a long way since the 1980s, due to the widespread availability of low-cost solid-state lasers in consumer electronics such as DVD players. The way 3D Holographic Technology works is by giving the appearance of three-dimensional pictures. A light source is projected onto an object’s surface and scattered. A second light reflects on the object, causing interference between the two sources. In essence, the two light sources interact and generate diffraction, which results in a three-dimensional image.

Photographic records of 3D scenes that capture the whole light field are referred to as three-dimensional (3D) holograms. 3D holograms are projections that can exist freely in space and are visible without the need for 3D glasses to the naked eye. 3D holograms provide many functionalities such as digital recording and reconstruction. To rebuild the genuine three-dimensional hologram in real life, images are stored and recorded in specialized equipment.

Another example of 3D Holographic Technology is of education system where students and teachers can afford to connect and engage with each other even though if they were very far from each other. Students may profit from the study materials’ realistic and convincing perspectives. The hologram instructor appears in the classroom and can see and communicate to the students as if they were all in the same room, allowing for more engaging and efficient interactions between students and teachers. It can also improve the educational process by bringing renowned individuals from the past back to life and having them speak about themselves and/or explain something as an assistant teacher would be appealing to kids.

3D holograms are also applied in a variety of industries, including medical, commercial, aerospace & defence, automotive, consumer, metrology, and more. Following the COVID-19 pandemic, some brands have begun to use 3D holograms to boost customer communication, product promotion, positioning, and company recovery in the post-COVID 19 periods.  3D holograms are made up of two basic components which include the hardware and software components.

Three-dimensional projection has a lot of potentials, due to nearly endless holographic possibilities ranging from lifelike humans to blockbuster-style special effects, as well as ongoing technological advancements. A holoprojector is a device that uses hologram technology to project large-scale, high-resolution images onto a variety of surfaces at various focal distances from a small-scale projection device. Many recent big-budget movies are accessible in 3D, and everyone is buzzing about the 3D future of television, thus many people are looking at Three-dimensional projections without glasses.

Digital holographic display advancements have allowed for the creation of natural, vivid, and high-quality three-dimensional motion picture image formations. Customized light fields are used in digital holographic displays to create realistic 3D pictures with motion parallax and a continuous depth axis. Such three-dimensional holograms are used in the healthcare field, allowing us to visualize human anatomy in three dimensions. This can be viewed from various angles to pinpoint the sickness or condition more precisely.

The growth of this market has been aided by increased demand in several sectors such as healthcare, aerospace & defence, and commercial applications. Several countries have begun to implement 3D holograms in public spaces to provide information. With the usage of digital signage, the usage of 3D projected displays with real-time motions has led to an increased reaction during concerts, live shows, promotional events, advertisement, and marketing.

A 3D holograms display has numerous advantages, particularly in the gaming industry. The interactive display in the holographic mobile game is made up of a high-resolution 3D picture and lifelike pictures without the use of glasses or a projection screen. In terms of gaming, if the user’s game experience is limited to movement just on the screen, the user is separated from the game. As a result, even if the users have a fantastic experience and a larger screen, they do not have a strong sense of being a part of the game. However, if the user is playing a shooting game and has the sensation of bullets flying out of the screen, the player can become thoroughly immersed in the game. To deliver rich game content for the future 3D holographic mobile phone, current game production businesses need to establish a specific holographic game creation department. There are not many 3D games available for mobile devices right now. However, if the game presentation of holographic phones is met, it would be a breakthrough for current game development businesses.

The hardware components are physical objects that display the 3D image in high quality and real-time motion using actual projection techniques. Some of the hardware components used to create 3D holograms include spatial light modulators, reflectors, lenses, microelectronics, and sophisticated projectors. Advanced algorithms are used by software modules to process photos and recreate the output in a computer display. In three-dimensional holograms, software components such as motion detection, computer vision, and artificial intelligence are used. 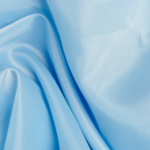 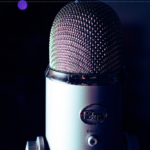